NEW DELHI: A Hindu seer has died from coronavirus and 80 other holy men have tested positive after attending a vast Indian religious festival where millions of pilgrims have been ignoring Covid-19 advice despite a national surge in infections.

The announcement from authorities in Haridwar, Uttarakhand state, came as India recorded more than 217,000 fresh cases in the past 24 hours, taking the total number of new infections to more than two million since April 1.

The festival of Kumbh Mela has long rung alarm bells among health experts who say it could turn into a “super-spreader” as pilgrims return home to their towns and villages all across India.

A gathering on the banks of the holy River Ganges in Haridwar happens every 12 years, and has attracted as many as 25 million people to the site since January, including some 4.6 million on two auspicious days this week alone.

https://imasdk.googleapis.com/js/core/bridge3.452.0_en.html#goog_74814914 about:blank The enormous crowds of pilgrims — including cannabis-smoking holy men with dreadlocks — taking a dip in the river have mostly ignored official advice to maintain distancing.

Earlier this week, Mahamandaleshwar Kapil Dev Das, 65, head of one of the Hindu akhadas or ascetic councils, was admitted to hospital and died from coronavirus on Thursday, officials said.

“We had around 2,000 positive cases since Monday after random testing of pilgrims at the Kumbh,” Harbeer Singh, a top festival officer, told AFP.

“We are taking precautions and urging people to adhere to coronavirus prevention behaviours.”

The officer said they had ramped up testing at the event’s 600ha site and insisted they were strictly enforcing government protocols, including requiring negative virus certificates.

Two of the 13 Hindu ascetic councils that are part of the major get-together have now pulled out over soaring Covid cases in the city.

Singh said more than 25,000 pilgrims were still visiting every day and they were expecting 2-3 million devotees on the last grand bathing event on April 27 before the festival concludes.

The Uttarakhand state government has exempted the event from restrictions limiting gatherings to 200 people.

State Chief Minister Tirath Singh Rawat said in early April that no devotees would be “unnecessarily harassed in the name of Covid-19 restrictions”.

He too later tested positive for the virus, which has so far killed almost 175,000 Indians and infected 14.3 million, the second-most in the world after the US.

Meanwhile, the northern state of Uttar Pradesh, home to some 240 million people, on Friday became the latest to announce restrictions on gatherings, calling a day-long lockdown on Sunday with fines of 1,000 rupees (US$14) for failing to wear a mask. 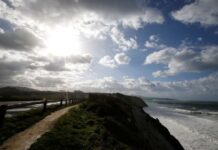