ATHENS (Reuters) – The top U.S. military officer warned on Tuesday that a major Syrian military assault on the rebel-held enclave of Idlib would lead to a “humanitarian catastrophe” and instead recommended more narrowly tailored operations against militants there.

The northern province and surrounding areas are the last major swathe of territory held by insurgents fighting Syrian President Bashar al-Assad, who has been backed by both Russian and Iranian forces in Syria’s seven-year-old civil war.

They are also home to some 3 million civilians.

Marine General Joseph Dunford, chairman of the Joint Chiefs of Staff, said there was no doubt about the risks to civilians given Idlib’s terrain and difficult operating environment.

“We don’t see any way that significant military operations are going to be beneficial to the people of Syria,” Dunford told reporters during a trip to Athens. “If major military operations take place we can expect humanitarian catastrophe and I think we would all want to see that be avoided,” Marine General Joseph Dunford, chairman of the Joint Chiefs of Staff, told reporters during a trip to Athens.
Last week, a source close to Damascus said the government was preparing a phased offensive to recover Idlib province, but Turkey, whose army has a string of observation posts around the edge of the rebel area, has warned against such an assault.

Iran has called for militants to be “cleaned out” of Idlib.

Dunford estimated there were 20,000 and 30,000 militants inside Idlib but said it was still unclear to him how large of an operation was being planned by the Russian-backed Syrian forces to clear them out of the enclave.

“I’m suggesting that counter-terrorism operations should take place in a manner that mitigates the risk of the loss of innocent life,” he said.

Pressed about the best course, Dunford said: “More of a discussion between the Turks, the Syrians and the Russians at more precise counterterrorism operations — as opposed to large scale conventional operations — would be the right approach.”

Dunford’s remarks followed a warning on Monday by U.S. President Donald Trump that hundreds of thousands of civilians could be killed by if Syrian and Russian forces “recklessly attack” Idlib.

Nikki Haley, the U.S. ambassador to the United Nations, wrote on Twitter late on Monday: “All eyes on the actions of Assad, Russia, and Iran in Idlib. 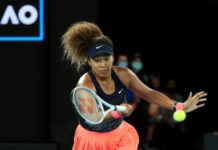