Trudeau said he had shared his view with Indonesian President Joko Widodo, who is hosting the meeting of major economies in November, that Putin’s attendance would be “extraordinarily difficult for us and unproductive for the G20”.

“It would be a big issue for many countries, including Canada,” he told reporters in Ottawa.

Trudeau explained that G20 summits are about “how we manage and encourage economic growth around the world”.

“Bottom line is it can’t be business as usual to have Vladimir Putin just sitting around the table pretending that everything is okay, because it’s not okay, and it’s his fault.”

US President Joe Biden has said he backs kicking Russia out of the G20 group of major economies, while Australian Prime Minister Scott Morrison has said Putin should be barred from the group’s summit in Bali.

But Brazil and China opposed giving Russia the boot, while Indonesia said it would remain “impartial”.

But it will be up to all G20 members to decide. 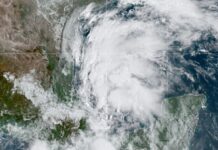