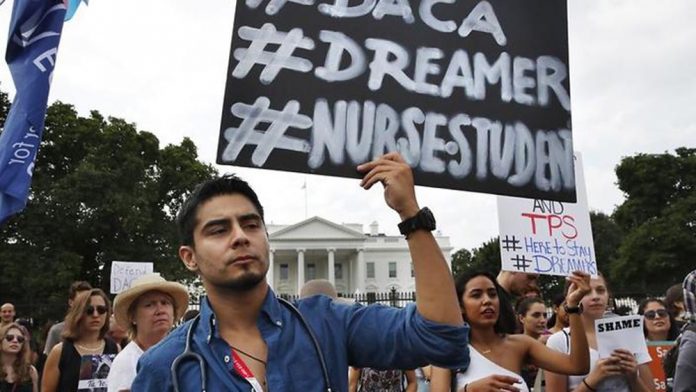 President Donald Trump on Tuesday began dismantling the government program protecting hundreds of thousands of young immigrants who were brought into the country illegally as children.

The temporary reprieve was created by Democratic former president Barack Obama in 2012 and is supported by Democrats and many business leaders.

The Trump administration said no current beneficiaries of the programme would be affected before March 5.

The move marked the latest action by Trump that is sure to alienate Hispanic Americans, a growing segment of the US population and an increasingly important voting bloc.

Most of the immigrants protected by DACA, dubbed “Dreamers”, came from Mexico and other Latin American countries.

Trump’s action, deferring the actual end of the programme, effectively kicks responsibility for the fate of the Dreamers to his fellow Republicans who control Congress. But Congress has been unable since the president took office in January to pass any major legislation and has been bitterly divided over immigration in the past.

Obama bypassed Congress and created DACA through an executive order.

Earlier on Tuesday, Trump had appeared determined to pressure US lawmakers to act. “Congress, get ready to do your job – DACA!” the president wrote on Twitter before the policy announcement was made.

There were some signs that Congress might be willing to act, with a number of senior Republican lawmakers coming forward to express an interest in protecting the Dreamers.

According to Department of Homeland Security officials, people with permits whose renewals are set to expire between now and March 5, 2018, will be able to re-apply — so long as their applications are submitted by Oct. 5, 2017, one month from Tuesday. No permits will be revoked before their existing expiration dates, and applications already in the pipeline will be processed, they said.

His action drew swift criticism from many immigration advocates and Democratic lawmakers.

Some Republicans objected, too.

Trump has spent months wrestling with what to do with DACA, which he slammed during his campaign as illegal “amnesty.” Many of his closest advisers, including Sessions, policy adviser Stephen Miller, and former chief strategist Steve Bannon argue that the program is unconstitutional and have urged Trump to follow through on his campaign promise to end it.

But Trump has repeatedly expressed sympathy for the young people protected by the program.

But Congress has repeatedly tried — and failed — to come together on immigration overhaul legislation, and it remains uncertain whether the House would succeed in passing anything on the divisive topic.

Trump’s expected move has sparked protests, phone banks, letter-writing campaigns and other efforts across the country urging him not to act. 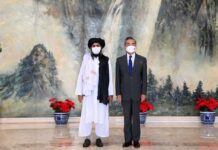