U.S. President Donald Trump headed for home Tuesday following an extensive tour of Asia that he said had been “tremendously successful” and had put the world on notice that the “rules have changed” for countries that want to trade with the U.S.

Trump also teased a “major statement” on trade and the trip later this week at the White House, where he is expected to promote congressional Republicans’ plan to overhaul the nation’s tax code.

As Air Force One rolled down the runway in Manila, Trump told the reporters traveling with him that “it’s been a really great 12 days.” And on trade, the president said confidently that U.S. trading partners “will be treating us much differently than before.”

Trump, who campaigned for office on a promise to tear up multilateral trade agreements that he said have harmed the U.S., insisted during the nearly two-week trip that multibillion-dollar deficits that favor U.S. trading partners will be reduced to zero, and that trade overall must be fair and mutually beneficial.

“The United States has to be treated fairly and in a reciprocal fashion,” he tweeted Tuesday. “The massive TRADE deficits must go down quickly!”

Trump pressed that point on every stop on the grueling tour of Japan, South Korea, China, Vietnam and the Philippines, blaming his predecessors for yawning trade imbalances and declaring that the United States will no longer be taken advantage of under his watch.

“We’ve had a tremendously successful trip,” Trump told reporters before departing his third summit of the trip. “Tremendous amounts of work was done on trade.”

Trump said $300 billion in deals had been reached, a sum he predicted would triple in a short period of time.

The president also sounded a positive note about Vietnam, saying the country had changed direction and was buying $12 billion worth of Boeing aircraft.

“The reason I like Boeing is because it’s jobs for the United States,” Trump said.

Trump made the comments after briefly gathering with 18 other world leaders ahead of the start of the East Asia Summit, the final set piece of his trip in Asia.

Trump had initially planned to skip the summit, then backtracked after criticism he was turning his back on the region.

But he did not stay for the official start of the summit Tuesday afternoon, also missing the preceding group photo with his fellow leaders.

U.S. Secretary of State Rex Tillerson sat in for him at the summit, which was scheduled to run into the evening.

Trump also spoke warmly of the “many good friends” he had made on the trip, including Philippine President Rodrigo Duterte.

Trump praised and joked around Monday with Duterte, who has overseen a bloody crackdown on the illegal drug trade that has featured extrajudicial killings, earning the Filipino leader the condemnation of human rights groups.

Trump did not publicly take Duterte to task for the crackdown. Trump talked instead about their “great relationship.”

The White House later said they discussed the Islamic State group, illegal drugs and trade during a private meeting. Press secretary Sarah Huckabee Sanders said human rights issues were “briefly” discussed. She was contradicted by Duterte’s spokesman, who said there was “no mention” of human rights.

Human rights advocates have been alarmed by Duterte’s war on drugs, saying it has allowed police officers and vigilantes to ignore due process and take justice into their own hands. Government officials estimate that well over 3,000 people, mostly drug users and dealers, have died in the crackdown. Human rights groups believe the total could be closer to 9,000.

During an earlier visit to China, where President Xi Jinping rolled out the red carpet for a “state visit plus” — a welcome Trump declared “people really have never seen anything like” — the White House trumpeted more than $250 billion of trade deals.

Analysts say the headline figure hides a paucity of deliverables, with lots of the agreements being nonbinding memorandums of understanding.

Many will take years to yield results and some will never materialize.

Trump was in the Philippines to attend the Association of Southeast Asian Nations conference and the East Asia Summit. He sought during both gatherings to strengthen alliances with Pacific Rim nations over trade and a shared desire for North Korea to abandon its nuclear weapons program. 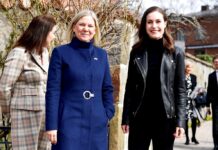 Hundreds of scientists say coronavirus is airborne, ask WHO to revise... 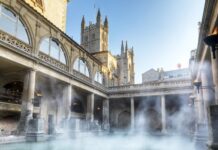 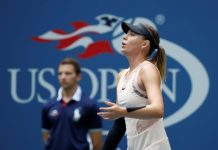 Former world No1 Maria Sharapova crashed out of US Open .