U.S. President Donald Trump, in his latest jab at North Korea’s Kim Jong Un, said over Twitter on Sunday that the isolated country’s leader had insulted him by calling him “old.”

Trump’s tweet from Hanoi on Sunday morning came amid his first visit to Asia as U.S. president and after North Korea blasted his speech in Seoul last week as “reckless remarks by a dotard,” a colorful word employed by Pyongyang used to mean “old lunatic.”

“Why would Kim Jong-un insult me by calling me ‘old,’ when I would NEVER call him ‘short and fat?’ Oh well, I try so hard to be his friend — and maybe someday that will happen!” Trump wrote in a tweet.

Trump has used his Asia tour to wrangle up support for further isolating nuclear-armed North Korea, which conducted its largest-ever nuclear test in September and has test-fired dozens of missiles this year — including some thought capable of striking the mainland United States.

In an earlier tweet, Trump said Chinese President Xi Jinping “has stated that he is upping the sanctions” against North Korea, adding that Xi had “said he wants them to denuclearize.”

On Saturday, North Korea unleashed a verbal onslaught at Trump, blasting him as “a warmonger” who “begged for a nuclear war,” in Pyongyang’s first official comments on the American leader’s Asia trip.

“Trump, during his visit, laid bare his true nature as destroyer of the world peace and stability and begged for a nuclear war on the Korean peninsula,” the state-run Korean Central News Agency quoted an unidentified Foreign Ministry official as saying.

Speaking before South Korea’s National Assembly on Wednesday, Trump exhorted Kim to halt his pursuit of nuclear weapons, saying that they “are not making you safer, they are putting your regime in grave danger.”

Invoking the United States’ alliance with South Korea, he had a stark warning for Kim: “Do not underestimate us and do not try us.”

The speech was a marked shift from Trump’s earlier pronouncements that saw him threaten to rain “fire and fury” on the North and to “totally destroy” the country of 25 million people if it threatened the U.S. or its allies.

But in a retort to his speech in Seoul, the North laid into the U.S. leader.

“The reckless remarks by a dotard like Trump can never frighten us or put a stop to our advance,” it said. Rather, it “pushes us to speed up the efforts to accomplish the great cause of completing the state nuclear force.”

Trump has traded barbs with North Korea over Twitter and in speeches.

In September, Kim described Trump as a “mentally deranged U.S. dotard” whom he would “tame with fire.” His comments came after Trump threatened in his first United Nations address to “totally destroy” the country if the United States or its allies were threatened.

“Just heard Foreign Minister of North Korea speak at U.N. If he echoes thoughts of Little Rocket Man, they won’t be around much longer!”

Trump’s tweets came amid rare joint military exercises involving three U.S. aircraft carriers — the first time in a decade that three have operated together in the Asia-Pacific area.

Japan was also sending a massive helicopter destroyer — one of the largest warships in its fleet — to train Sunday with the three carriers in waters near the Korean Peninsula.

The rare three-carrier exercises kicked off Saturday in the Sea of Japan and will run through Tuesday.

The United States has said that all options, including military action, are on the table, although its preference is for a diplomatic solution. 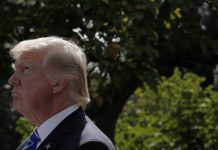 China warns U.S. that criticism over Uighurs not ‘helpful’ for trade... 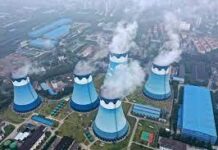