WASHINGTON (Reuters) – U.S. President Donald Trump on Friday sounded an optimistic note about trade negotiations with China as two of his top economic and trade advisers downplayed friction from the arrest of a senior executive of Chinese telecom equipment maker Huawei Technologies.

Major companies have expressed concerns about the how the arrest of Huawei Chief Financial Officer Meng Wanzhou in Canada at the request of U.S. authorities would affect U.S.-China relations or that it would cause a potential backlash against American firms operating in China.

But Larry Kudlow, director of the White House’s National Economic Council, told CNBC he did not believe Meng’s arrest would “spill over” into the talks with China aimed at increasing Beijing’s purchases of U.S. farm and energy commodities, lowering Chinese tariffs and sweeping changes to China’s policies on intellectual property and technology transfers.

“You can’t break the law. You break the American law, you break the Canadian law, you’ve got to pay the consequences of that,” Kudlow said of the Huawei case. “That was the case with other companies, and will continue to be the case. These are issues of national security.”

Kudlow expressed optimism that the United States and China will make substantial progress during the 90-day period allocated for talks, ending around March 1.

“I think there will be a lot of success in the next 90 days; President has indicated, that if there’s good solid movement and there’s good action, he might – he might – be willing to extend the 90 days,” Kudlow told CNBC.

He reiterated that the Trump administration was expecting immediate movement from China on purchases of agricultural commodities and energy and added that he expected Chinese autos tariffs to be reduced. He said it was a positive sign that China was willing to discuss core issues related to intellectual property theft, forced technology transfers and computer hacking of U.S. companies.

However, Kudlow said U.S. Trade Representative Robert Lighthizer, who will lead the American side in the talks, will be looking to ensure that any agreements can be fully enforced and monitored to ensure follow-through by Beijing. 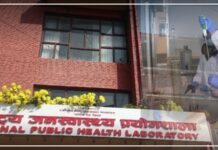 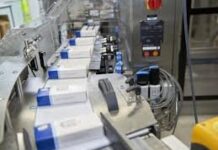 US on edge as Trump could lose reelection