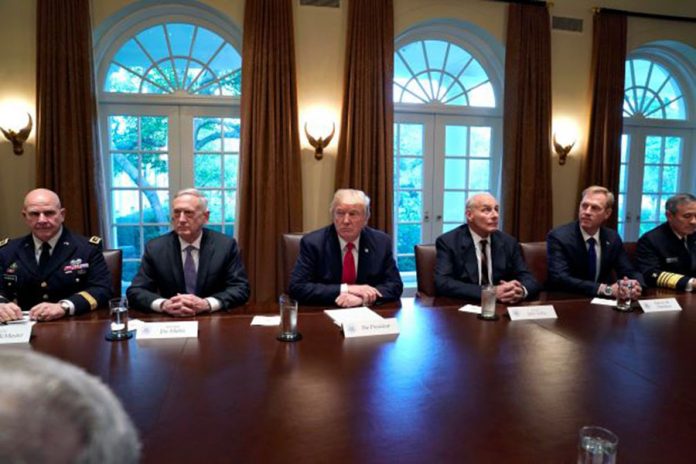 After discussing Iran and North Korea with U.S. military leaders on Thursday, President Donald Trump posed for a photo with them before dinner and declared the moment “the calm before the storm.”

Classical music played in the background and tables were set in the nearby Blue Room for a fancy meal.

The White House did not immediately reply to a request to clarify Trump’s remark.

Earlier in the evening, while seated with the top defence officials in the cabinet room, Trump talked about the threat from North Korea and preventing Iran from getting a nuclear weapon.

During his speech to the United Nations General Assembly last month, Trump said the United States would “totally destroy” North Korea if needed to defend itself or U.S. allies.

The president on Thursday also had tough words for Iran, saying the country had not lived up to the spirit of an agreement forged with world powers to curb its nuclear programme.

A senior administration official said on Thursday that Trump was expected to announce soon he would decertify the landmark agreement.

Trump has filled top posts within his administration with military generals, including his chief of staff, retired General John Kelly, and national security adviser, Lieutenant General H.R. McMaster. McMaster, who normally dresses in civilian clothes at the White House, wore his uniform for the meeting.

Without being specific, Trump pressed the leaders to be faster at providing him with “military options” when needed. 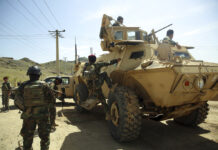 Upper Tamakoshi Set To Generate Power From May End