Regardless of what happens in the vote counting, President Donald Trump has said he is going to the Supreme Court to ask for… something or other. When he does, he will have to overcome a hurdle of his own making: his claim to have “already” won the election, made during his rambling speech at 2:30am Wednesday. The justices – including the crucial conservatives like Justices Brett Kavanaugh and Amy Coney Barrett – will not like the speech, which puts them in the position of being asked to validate an obviously preposterous claim and an effort to steal the election before all the votes are tallied.

Trump of course didn’t specify exactly what he would ask the Supreme Court to do, stating only that the “voting” must stop. But voting is already over. It’s vote-counting that’s continuing. So it seems reasonable to assume he meant his lawyers would ask for some sort of stop to the counting.

There are three things Trump’s lawyers might do. They can go straight to the Supreme Court and ask for a general shutdown in counting. But that won’t work. There is no legal basis for not counting votes. What’s more, you normally can’t just go to the Supreme Court without first going to lower courts. Worst for Trump, he’s now behind in the count in states he needs to win – so it would make no sense to ask for a general stop to counting.

Trump’s lawyers can also try to challenge individual ballots in states where they are trying to eke out victory. This is slow work – done retail, not wholesale. It makes sense when an election comes down to a few votes in a few key states.

In addition – the most plausible reading of Trump’s comments – Trump can ask the justices to block the counting of Pennsylvania ballots that arrived after 8pm on Election Day. This issue has already been before the court, which declined to intervene. But three conservatives invited Trump’s lawyers to come back and try again. If the election comes down to Pennsylvania, we would have the scenario for Bush v. Gore redux.

In any of these three kinds of litigation, Trump would need five justices to win. Chief Justice John Roberts has already signaled he would vote with the court’s three liberals on the Pennsylvania issue. That means Trump needs either Kavanaugh or Barrett to get his legal objective achieved.

Here’s where Trump’s laughable claim to have already won will harm him – and where Joe Biden’s contrasting refusal to overclaim will help him. The issue isn’t that Trump’s statements would be used in court to impugn his motives, as they were in the Muslim travel ban case. This time, his intent isn’t technically at issue.

Rather, Trump’s words set an atmosphere in which he has shown himself to be seeking to block votes from being counted because in his view he has “already” won based on a subset of the votes.

The swing justices will no doubt feel pressure to vote with their fellow hard-core conservatives – in favor of Trump. But they face a reputational problem if they do. And Trump’s words deepen that problem for both of them.

For Barrett, the danger is that she will be forever known as the justice who gave the presidency to the man who had just put her on the court. If the issue before the court could be depicted as one of basic fairness, she might be able to accept the risk of casting the deciding vote. But now that Trump has said that he has already won – a claim even Fox News immediately refuted ”– it is blatantly clear that the court would be giving Trump a victory that he intends to achieve by falsehood.

Barrett has deep conservative jurisprudential commitments. But she is an ideological conservative more than a partisan conservative. She won’t want her permanent legacy to be having acted as a political hack. To vote with Trump, she needed cover in the form of a credible claim by a reasonable-seeming Trump. She didn’t get it.

As for Kavanaugh, the problem is that he has said that the courts must not change the rules of the election in the days before voting is happening. He seems to take that concern seriously. It is the most likely explanation for why he at first voted to exclude the late-arriving Pennsylvania ballots, and then appears not to have voted that way when the Trump administration came back to the court to ask for the issue to be reconsidered. Implicitly, Kavanaugh may have been acknowledging that it is one thing to bar uncast votes from being counted, and quite another to block the counting of votes cast in good faith and according to established rules.

Trump’s speech made it explicit that he wants to block votes from being counted in real time – and hence to change the rules midstream to achieve the victory he claimed to have already accomplished. That makes it extra hard for Kavanaugh to claim that it would be fair to stop the counting.

Like Barrett, Kavanaugh needs cover to claim it would be fair to stop the counting. Trump denied him that cover with his naked denial of reality. 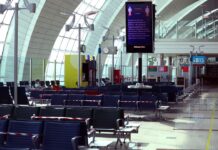 Factbox: These states could decide the U.S. presidential election