ISTANBUL: President Recep Tayyip Erdogan on Saturday said Turkey would not look “positively” on Sweden and Finland’s Nato bids unless its terror-related concerns were addressed, despite broad support from other allies including the US.

Turkey has long accused Nordic countries, in particular Sweden which has a strong Turkish immigrant community, of harbouring outlawed Kurdish militants as well as supporters of Fethullah Gulen, the US-based preacher wanted over the failed 2016 coup.

Erdogan’s threat throws a major potential obstacle in the way of membership for the hitherto militarily non-aligned Nordic nations since a consensus is required in Nato decisions.

“Unless Sweden and Finland clearly show that they will stand in solidarity with Turkey on fundamental issues, especially in the fight against terrorism, we will not approach these countries’ Nato membership positively,” Erdogan told Nato chief Jens Stoltenberg in a phone call, according to the presidency.

On Twitter, Stoltenberg said he spoke with Erdogan “of our valued ally” on the importance of “Nato’s open door”.

“We agree that the security concerns of all allies must be taken into account and talks need to continue to find a solution,” he said.

On Thursday, Stoltenberg said Turkey’s “concerns” were being addressed to find “an agreement on how to move forward”.

Erdogan, who refused to host delegations from Sweden and Finland in Turkey, held separate phone calls with the two countries’ leaders on Saturday, urging them to abandon financial and political support for “terrorist” groups threatening his country’s national security.

Turkey expected Sweden to “take concrete and serious steps” that show it shares Ankara’s concerns over the outlawed Kurdistan Workers’ Party (PKK) and its Iraqi and Syrian offshoots, Erdogan told the Swedish premier, according to the presidency.

The PKK has waged an insurgency against the Turkish state since 1984 and is blacklisted as a “terrorist organisation” by Turkey and Western allies like the European Union – which includes Finland and Sweden.

Russia’s invasion of Ukraine in February has shifted political opinion in both Nordic countries in favour of joining the Western military alliance.

Membership requires the consent of all 30 existing members but Turkey is putting a spanner in the works.

“Ankara is signalling it will greenlight Helsinki’s accession to the alliance, but block membership for Stockholm – unless Sweden delivers concessions” on the PKK, he added.

Sweden and Finland, while solidly Western, have historically kept a distance from Nato as part of longstanding policies aimed at avoiding angering Russia.

But the two nations moved ahead with their membership bid in shock over their giant neighbour’s invasion of Ukraine, which had unsuccessfully sought to join Nato.

Erdogan also told Andersson to “lift restrictions imposed on Turkey in the defence industry” after the army’s Syria operation in 2019.

Andersson tweeted that Sweden looked “forward to strengthening our bilateral relations, including on peace, security, and the fight against terrorism”.

In another phone call with Finnish President Sauli Niinisto, Erdogan said turning a blind eye to “terror” organisations posing a threat to a Nato ally was “incompatible with the spirit of friendship and alliance”.

Erdogan also said it was Turkey’s natural right to expect respect and support for its “legitimate and determined struggle against a clear threat to its national security and people”, according to the presidency.

In return, Niinisto praised “an open and direct phone call” with Erdogan.

“I stated that as Nato allies Finland and Turkey will commit to each other’s security and our relationship will thus grow stronger,” he tweeted.

“Finland condemns terrorism in all its forms and manifestations. Close dialogue continues.”

Swedish and Finnish leaders were on Thursday welcomed by US President Joe Biden, who strongly backed their bid to join Nato. 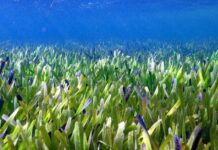