TOKYO: The dramatic sinking of Russia’s guided-missile cruiser Moskva – the flagship of its Black Sea Fleet – on Thursday was followed by a US defence official telling reporters that Moscow immediately moved its four to five remaining ships in those waters south, farther from Ukraine.

The Moskva was 60 to 65 nautical miles south of the Ukrainian port city of Odessa.

The other Russian vessels, which were operating near the flagship, are now no closer than 80 nautical miles from the coast, the American official said.

“In the wake of the damage that the Moskva experienced, all the northern Black Sea ships have now moved out, away from the northern areas where they were operating,” the official said.

Russia, as of yesterday, had not confirmed that the Moskva was hit by Neptune anti-ship missiles fired by Ukraine, as Kyiv asserts.

But the movements of the Russian vessels suggest the threat is real.

These rapid developments put the spotlight once again on Turkey, which sits across the Black Sea and controls the maritime passage between those waters and the Mediterranean Sea.

Should Russia want to send more ships into the Black Sea to replace the Moskva or withdraw its Black Sea Fleet to the Mediterranean, it must persuade Turkey to open the Bosporus and the Dardanelles.

These straits have been closed to warships since late February, after Russia’s invasion of Ukraine.

The closure of the two straits, known collectively as the Turkish Straits, is based on the 1936 Convention Regarding the Regime of the Straits – or the Montreux Convention – which lets Turkey block ships of belligerent powers from transiting during war.

The only vessels allowed to pass, even during the blockade, are those that have been separated from their home bases and are returning.

Hypothetically, if Russia’s remaining four to five ships wanted to withdraw from the Black Sea, only those that came from outside could pass, in the name of returning to their home base.

Vessels based in the Black Sea cannot leave the water body.

Soner Cagaptay, director of the Turkish Research Program at the Washington Institute for Near East Policy, said the sinking of the Moskva disrupts Russian president Vladimir Putin’s war plans and raises a potential clash with Turkish president Recep Tayyip Erdogan.

“If Putin’s plans still include an amphibious attack on Odessa or require a significant naval presence to keep pressure on Ukraine, he will need to bring additional vessels to the Black Sea, and that’s not going to happen,” Cagaptay said.

“Turkey would need to violate Montreux, which it would never do, to allow extra naval vessels to come in.”

A senior Turkish official told Nikkei Asia that Ankara will not permit the entry or exit of naval vessels as long as the war continues.

“The answer is a clear ‘no’,” this official said when asked whether conditions could change if the war were prolonged.

Can Kasapoglu, director of the security and defence studies programme at leading Turkish think-tank Center for Economics and Foreign Policy Studies, described how the loss of the Moskva damages Russia’s capabilities.

“This will seriously discourage Russia from staging an amphibious assault on Odessa,” he said.

“The odds of such a scenario have significantly diminished.”

The military expert called the loss a “total humiliation” for Russia.

“Moskva, the prestigious naval platform named after the capital, has been taken out by Ukraine, which practically has no naval force,” he said.

“The government of Turkey has been very responsible in how they’ve managed their Montreux responsibilities – the entry into and the exit from the Black Sea,” he told CNN.

“And we appreciate the transparency with which they’ve been doing that.” 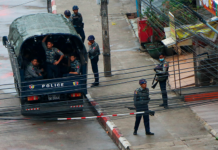 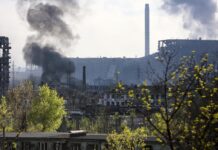