GENEVA (Reuters) – A United Nations human rights expert voiced alarm on Tuesday at what he called “widespread food shortages and malnutrition” in North Korea, made worse by a nearly five-month border closure with China and strict quarantine measures against COVID-19.

Tomas Ojea Quintana, U.N. special rapporteur on human rights in the Democratic People’s Republic of Korea, urged the U.N. Security Council to “reconsider sanctions” that have been imposed on the isolated country so as to ensure food supplies.

North Korea, which suffered a famine in the mid-1990s believed to have killed as many as 3 million people, is among the world’s only countries not to report cases of COVID-19 disease to the World Health Organization.

The pandemic has brought “drastic economic hardship” to North Korea, Ojea Quintana said, noting a 90% fall in trade with China in March and April that led to lost incomes.

He said “prospects of a further deepening of food shortages and widespread food insecurity are alarming”.

“There have been reports of an increase of homeless people in large cities – including kotjebi (street children), and medicine prices have reportedly skyrocketed. An increasing number of families eat only twice a day, or eat only corn, and some are starving,” he said in a statement.

More than 10 million people, or 40% of the population, need humanitarian aid, she said. “Malnutrition has been persistent and widespread causing long-term damage to the health and development of children, as well as pregnant and nursing mothers,” she added.

﻿No plan for Mosul – chaos and neglect slow Iraqi city’s...

One killed in apartment fire at Trump Tower in New York 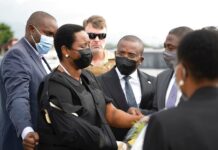 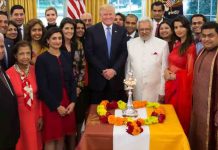