U.S. President Donald Trump warned on Tuesday that the United States will be forced to “totally destroy” North Korea unless Pyongyang backs down from its nuclear challenge, mocking North Korean leader Kim Jong Un as a “rocket man” on a suicide mission.

Loud murmurs filled the green-marbled U.N. General Assembly hall when Trump issued his sternest warning yet to North Korea, whose ballistic missile launches and nuclear tests have rattled the globe.

Unless North Korea backs down, he said, “We will have no choice than to totally destroy North Korea.”

“Rocket man is on a suicide mission for himself and his regime,” he said.

He urged United Nations member states to work together to isolate the Kim government until it ceases its “hostile” behaviour.

Turning to Iran, Trump called the 2015 nuclear deal negotiated by his predecessor, Barack Obama, was an embarrassment and hinted that he may not recertify the agreement when it comes up for a mid-October deadline.

The speech marked his latest attempt to lay out his America First vision for a U.S. foreign policy aimed at downgrading global bureaucracies, basing alliances on shared interests, and steering Washington away from nation-building exercises abroad.

Trump, who entered the White House eight months ago, told world leaders at the 193-member global body that the United States does not seek to impose its will on other nations and will respect other countries’ sovereignty.

Reading carefully from a script, Trump said the U.S. military would soon be the strongest it has ever been.

Turning to Venezuela, Trump called the collapsing situation there “completely unacceptable” and said the United States cannot stand by and watch. 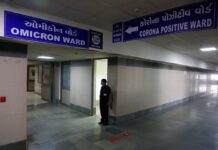