WASHINGTON (Reuters) – U.S. and Russian officials agreed to another round of discussions to attempt to resolve a dispute over the size and functioning of their embassies, U.S. State Department spokesman Ned Price said, adding that Tuesday’s talks were “useful.”

“There has been open discussion. Her meetings have been useful,” Price said of U.S. Under Secretary of State Victoria Nuland’s meeting in Moscow with Russia’s Deputy Foreign Minister Sergei Ryabkov. He said the U.S. stance on the staffing of its missions remains firm.

Chinese companies are testing civilian drones that can carry a tonne... 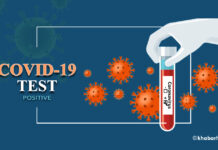