WASHINGTON (Reuters) – The United States has anecdotal signs of flagging Russian troop morale in some units in Ukraine as the war enters its fourth week, a senior U.S. defense official said on Thursday, speaking on condition of anonymity.

“We certainly have picked up anecdotal indications that morale is not high in some units,” the official told reporters, also using the word “flagging” to describe it, without citing evidence. Reuters could not independently confirm the account.

“Some of that is, we believe, a function of poor leadership, lack of information that the troops are getting about their mission and objectives, and I think disillusionment from being resisted (by Ukrainians) as fiercely as they have been,” the official said.

Nadal racks up 12th French crown as Thiem runs out of...

Spain will go ahead with sale of 400 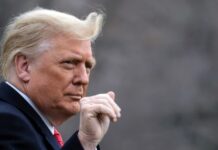