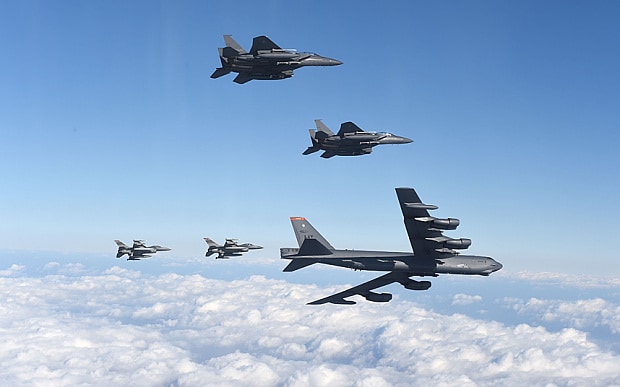 The U.S. military sent a pair of strategic bombers and stealth fighters over the Korean Peninsula on Thursday in a show of force after North Korea’s unprecedented launch of a missile over Japan two days earlier.

The exercises involving U.S. heavy bombers over the peninsula were the first such known flights since Aug. 8.

The military muscle-flexing came after North Korea said Wednesday that its missile launch Tuesday over Hokkaido had been of an intermediate-range Hwasong-12 and that the drill — meant to counter joint U.S.-South Korean war games — had involved military units “tasked with striking the bases” of American forces in the Pacific.

Overflights Of the Korean Peninsula by heavy bombers such as the B1-B have incensed Pyongyang. The North views the joint exercises as a rehearsal for invasion or the targeting of its leadership, routinely lambasting them as “nuclear bomb-dropping drills.” 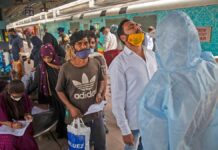 India braces for Covid surge as daily cases rise by 22,775

Will office buildings ever be the same? Empire State offers clues

Muguruza on a mission at Melbourne Park