(Reuters) -Jenner Institute Director Adrian Hill, who oversees the Oxford-AstraZeneca COVID-19 vaccine research and development, said a vaccine would not be available in the United States until “the middle of next year” if regulators wait for the end of their vaccine trial.

“I would hope that the (Food and Drug Administration) would look at the data set on this vaccine, including all of the available data in January. To wait for the end of the trial would be the middle of next year,” Hill said in remarks released by NBC. “That’s too late to take the value of this vaccine, which is effective, available at large scale and easily deployed.”

Dr. Larry Corey, a top U.S. scientist overseeing COVID-19 vaccine trials, last week said the large U.S. AstraZeneca study may determine how effective the vaccine is, after perplexing results from other trials by the company and partner Oxford. 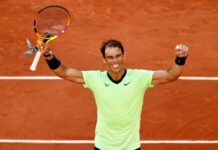 India brings down bodies of seven climbers killed in avalanche

Exclusive – Dozens of refugee resettlement offices to close as Trump...