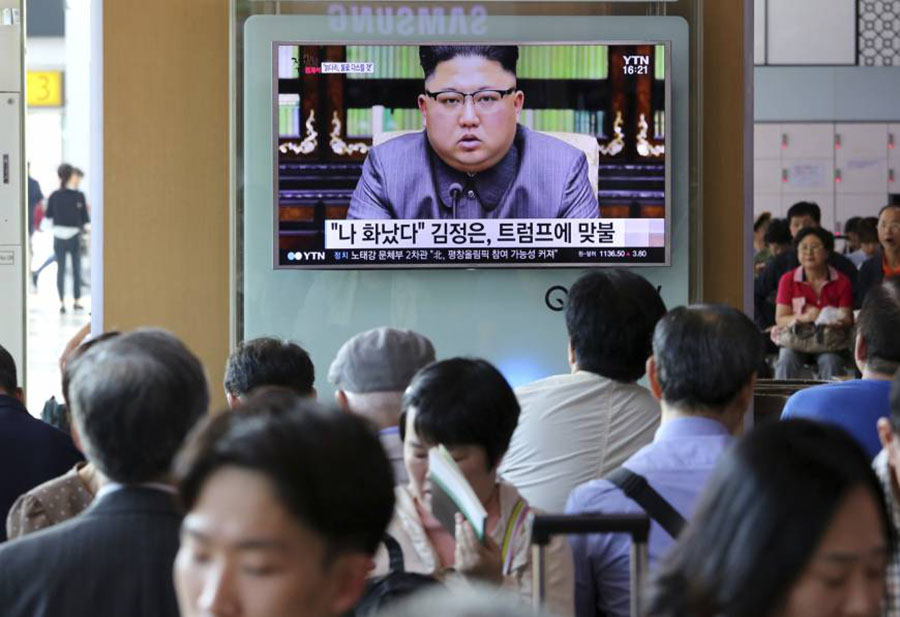 The United States will send stealth fighters to a large-scale air force drill with South Korea next month, the U.S. military said Friday, in a new show of force aimed at North Korea.

The massive five-day annual exercise will come as Washington pushes what President Donald Trump has called a “maximum pressure campaign” against Pyongyang over its nuclear program.

The exercise, named Vigilant Ace, will start on Dec. 4 with 12,000 U.S. personnel and an unspecified number of South Korean airmen flying more than 230 aircraft at eight U.S. and South Korean military bases.

Six F-22 Raptor stealth fighters will be deployed to South Korea for the exercise, a U.S. Air Force spokesman said.

South Korean media reports said six F-22s from the U.S. Kadena Air Base in Okinawa will take part, the largest deployment ever of that aircraft in the airspace over South Korea. At least three or four F-35 stealth aircraft will also participate, South Korean reports said.

The supersonic Raptor is one of the most advanced warplanes in the world, capable of providing what its maker Lockheed Martin calls “unprecedented air dominance.”

“This realistic air combat exercise is designed to enhance interoperability between U.S. and Republic of Korea forces and increase the combat effectiveness of both nations,” the U.S. Seventh Air Force said in a statement.

Pyongyang routinely condemns such exercises, labeling them preparation for war.

It followed up with two missiles that passed over Japan and then its sixth nuclear test, in September — by far its most powerful yet.

The tests have prompted shows of force and sanctions from Washington.

Trump on Monday declared North Korea a state sponsor of terrorism, adding the country back to a blacklist that Pyongyang had been removed from nearly a decade ago.

Earlier this month, the U.S. flew two B-1B supersonic bombers over the Korean Peninsula as part of a joint exercise with Japan and South Korea.

That was followed by a joint naval drill involving three U.S. aircraft carriers and seven South Korean warships, the first such triple-carrier exercise in the region in a decade.

The U.S. also unveiled fresh sanctions that target North Korean shipping, raising the pressure on the Pyongyang in a bid to make it abandon its nuclear program.

Pyongyang condemned the listing as a “serious provocation” on Wednesday, warning that sanctions would never force it to abandon its nuclear weapons program.

Russia said Thursday that the U.S. decision to add North Korea to its terrorism blacklist was a “PR move” that could allow the situation on the peninsula to escalate into a global “catastrophe.” 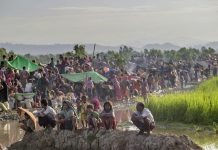