ROME: The United Nations (UN) issued an urgent appeal today for aid for some seven million Afghan farmers in the war-ravaged nation facing the threat of severe drought.

Covid-19 has further squeezed agricultural workers in the country, which is now controlled by the Taliban after they toppled the US-backed government this month.

The UN’s Food and Agricultural Organisation said the farmers worst affected by a drought in the country are among some 14 million people – or one in three Afghans – who are “acutely food insecure and need urgent humanitarian assistance”.

“Urgent agricultural support now is key to counter the impact of the drought and a worsening situation in Afghanistan’s vast rural areas in the weeks and months ahead,” FAO director Qu Dongyu said in a statement.

Afghanistan is facing its second severe drought in three years and the UN said this week it could run out of its staple wheat flour from October.

“If we fail to assist the people most affected by the acute drought, large numbers will be forced to abandon their farms and be displaced in certain areas,” Qu added.

“This threatens to further deepen food insecurity and poses yet another threat to the stability of Afghanistan.”

The organisation said it was facing a funding shortfall of US$18 million to support its drought response plan in Afghanistan.

It is hoping to help 250,000 families, or around 1.5 million people, for the upcoming winter wheat season.

But the funding shortfall means only 110,000 families can be supported.

The appeal comes as humanitarian organisations fear the Taliban’s arrival could hamper access for aid deliveries and personnel.

The UN warned earlier this week that low supplies of food aid were threatening to plunge Afghanistan into a humanitarian disaster. 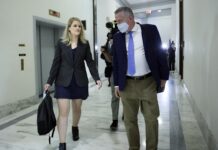 Whistleblower to say Facebook is an ‘urgent threat’ to US