WASHINGTON: The US is sending six US Navy radar-jamming aircraft to Germany to enhance Nato capabilities, the Pentagon said Monday.

The EA-18G Growler aircraft are “not being deployed to be used against Russian forces in Ukraine”, Pentagon spokesman John Kirby said.

“They are being deployed completely in keeping with our efforts to bolster Nato’s deterrence and defence capabilities along that eastern flank.”

Kirby said the planes were expected to arrive at Spangdahlem Air Base in Germany Monday from Naval Air Station Whidbey Island in Washington state.

He said the aircraft, a modified version of the F/A-18, specialise in electronic warfare, using sensors to confuse enemy radars and air defence systems.

The Pentagon spokesman said 240 navy personnel were to accompany the aircraft to Germany.

In a budget proposal released on Monday, the White House unveiled plans to spend US$6.9 billion to help Ukraine fend off Russia’s invasion and support Nato member countries.

The US has stepped up aid for Ukraine following the Russian invasion, including security assistance and humanitarian aid.

The US has thus far ruled out sending airplanes or other large weapons systems to Ukraine.

President Joe Biden has said he does not want to cross a line into what he says could become “World War III”, pitting nuclear-armed Russia against Nato. Chaos as snow hits Japanese highway, 134 cars in crashes; one... 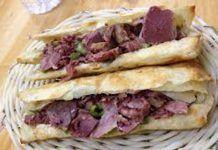 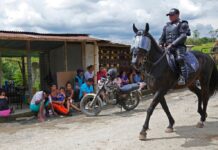