CARACAS (Reuters) – Venezuela’s opposition-run Congress declared President Nicolas Maduro a “usurper” on Tuesday, and the U.S. government indicated its support for an opposition leader, ratcheting up pressure on the socialist president as he embarks on a disputed second term.

U.S. President Donald Trump’s administration was considering recognising the leader of the Congress, Juan Guaido, as the country’s legitimate president, according to two people familiar with the matter.

White House aides were weighing such a move among a list of options being prepared for Trump in response to the latest Venezuela developments but no final decision had been made, one of the people told Reuters.

Maduro was inaugurated on Jan. 10 under an avalanche of criticism that his leadership was illegitimate following a 2018 election widely viewed as fraudulent, with countries around the world disavowing his government.

U.S. Vice President Mike Pence spoke by phone on Tuesday with Guaido to express U.S. support for Congress as the “only legitimate democratic body in the country,” a White House official said.

The United States and EU have already imposed sanctions that limit the sale of Venezuelan government debt and freeze assets belonging to Maduro and a number of his top officials.

A White House spokesman, asked if further sanctions were in the pipeline, said the United States was considering “all diplomatic, political, and economic tools in its arsenal in response to the usurpation of power by the illegitimate Maduro regime.”

The pro-government Supreme Court, which has been in conflict with the legislature since the opposition took Congress over in 2016, has preemptively invalidated any laws passed by the body.

Guaido, a newcomer on the national scene who was elected to head Congress on Jan. 5, said last week he was willing to replace Maduro as interim president if he had the support of the military, with the aim of then calling free elections.

“Our roadmap is clear: to achieve the end of the usurpation via national unity and internal and external pressure,” Guaido wrote in an op-ed in the Washington Post published on Tuesday.

In Washington, a person familiar with the matter said any U.S. decision to recognise Guaido would be complicated by the fact that he has not declared himself president or even stated an intention to do so.

Such a move by the Trump administration could also backfire if Maduro took action to prevent Guaido from being sworn in or used it as a pretext to detain him again. There would also be the question of how to deal with Venezuela’s diplomatic personnel in Washington, the person said.

Several Venezuelan government officials have said Guaido should be arrested for treason and on Sunday he was briefly detained by intelligence agents.

Diosdado Cabello, president of the Constituent Assembly, a legislative superbody elected in 2017 that gives the ruling Socialist Party sweeping powers, said on Tuesday the opposition in Congress were “the only ones trying to usurp power.”

Opposition lawmakers are also discussing a future amnesty for government officials and military officers who reject Maduro and help bring about a return to democracy. The measures are unlikely to be enforced in the short term.

The country’s top military commanders pledged loyalty to Maduro immediately after his swearing-in. 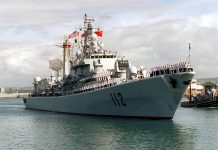 Rybakina sets up final showdown with Halep in Dubai