WASHINGTON: The White House said on Thursday it is “deeply disappointed” in China’s decision to reject a World Health Organization (WHO) plan for a second phase of an investigation into the origin of the coronavirus.

In May, US President Joe Biden ordered aides to find answers to questions over the origin. At the time he disclosed that US intelligence agencies were pursuing rival theories potentially including the possibility of a laboratory accident in China.

The WHO this month proposed a second phase of studies into the origins of the coronavirus in China, including audits of laboratories and markets in the city of Wuhan, calling for transparency from authorities.

Biden has backed that probe in addition to his own.

But China is not living up to its obligations by trying to block further investigation, according to White House Press Secretary Jen Psaki, who spoke at a briefing for reporters.

“Their position is irresponsible and, frankly, dangerous,” she said.

Zeng Yixin, vice-minister of China’s National Health Commission (NHC), told reporters that the WHO plan “disregards common sense and defies science”. Zeng reiterated China’s position that some data could not be completely shared due to privacy concerns.

The first known cases of Covid-19 emerged in the central Chinese city of Wuhan in December 2019. The virus was initially believed to have jumped to humans from animals being sold for food at a city market.

WHO says in talks with Russian institute on Sputnik V COVID-19... 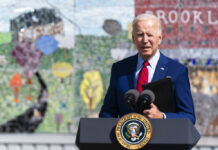