On July 7, 2021, Moderna announced that participants received vaccination doses in the Phase 1/2 study of mRNA-1010, the company’s seasonal influenza mRNA vaccine for healthy adults in the United States.

This is Moderna’s first seasonal influenza vaccine candidate to enter the clinic and targets lineages recommended by the World Health Organization (WHO) for the prevention of influenza.

The vaccination aims to fight against influenza A H1N1, H3N2, and influenza B Yamagata and Victoria.

Moderna plans to enroll about 180 participants in the study.

Why change the flu vaccine?

The WHO estimates that about 3 to 5 millionTrusted Source severe cases of flu occur across the world each year, causing 290,000 to 650,000 flu-related respiratory deaths.

The Centers for Disease Control and Prevention (CDC) reportsTrusted Source that the current flu vaccine “reduces the risk of flu illness by between 40 percent and 60 percent among the overall population during seasons when most circulating flu viruses are well-matched to the flu vaccine.”

Moderna aims to improve the effectiveness of the vaccine by exploring different antigen combinations against seasonal influenza viruses.

“We are living at a very exciting time in medicine, when DNA sequencing technology will allow us to identify genetic causes for many diseases and will expand our options for therapeutics,” Dr. Scott Braunstein, medical director of Sollis Health in Los Angeles, California, told Healthline.

He adds that while many people worry that the technology used for this type of vaccine is new and untested, it actually has been studied since the 1980s.

“The enormous success it has had in slowing the COVID pandemic is a testament to the brilliant work of many scientists over decades, and if an mRNA flu vaccine gains approval, I will be the first in line to receive it,” Braunstein said.

What is an mRNA vaccine?

mRNA vaccines instruct our cells to produce a harmless protein or even just a piece of a protein. This teaches the immune system to recognize and neutralize pathogens carrying the proteins when a person becomes infected in the future, explains Braunstein.

“Spike protein, carried by SARS-CoV-2, is the most well-known example, but other viruses, including influenza, also carry signature proteins on their surface,” he said.

Invented by Hungarian biochemist Katalin Karikó, PhD, and licensed by BioNTech, the technology is the basis for the Pfizer-BioNTech and Moderna COVID-19 vaccines.

“This approach has permitted successful immunization of hundreds of millions of people against Covid-19,” Doris J. Bucher, PhD, associate professor of microbiology and immunology at the New York Medical College, told Healthline.

Why would an mRNA vaccine provide better protection against the flu?

Current flu shots consist of inactivated or weakened versions of influenza virus, which are cultivated in either hen’s eggs, or in some cases, in animal cells.

“This can take months to develop, and limits the speed with which vaccines can be produced. An mRNA-based flu shot can be produced much more quickly [as new flu strains arise],” said Braunstein.

He explained that because current flu vaccines take months to develop, scientists are forced to make their “best guess” as to what the most common strains will be when they reach the United States.

The formulation of the current flu vaccine is decided 6 to 9 months before the vaccines are intended to be used.

“In many cases, we guess wrong, which has led to only a 10 to 50 percent efficacy in some seasons. If mRNA technology is used, we would be able to develop vaccines which contain the most common strains of the season with much more precision, which should make the vaccinations far more effective,” Braunstein said.

In the future, mRNA technology may be used to create vaccines for multiple different pathogens, which may reduce the number of total vaccines administered, explained Braunstein.

“Additionally, it is likely that this technology will be used to teach our immune system to fight other ailments, including cancer,” he added.

However, Bucher noted that one concern associated with mRNA vaccines is the degree of reactogenicity, or reactions that occur after getting the shot. But these are relatively rare.

Additionally, she said that mRNA vaccines need to be stored at ultracold temperatures, making the logistics of storing and administering them more complicated.

Lastly, she explained that the mRNA flu vaccine will require multiple components for the four main flu antigens (two type A and two type B).

“The increase in the number of components may also increase the reactogenicity,” said Bucher.

The CDC reports that the current flu vaccine reduces the risk of flu illness by between 40 and 60 percent.

An mRNA-based vaccine could not only be more effective, but would also be faster and easier to produce.

Quarantine Facilities To Be Upgraded, Turned Into Isolation Locations: MoHP 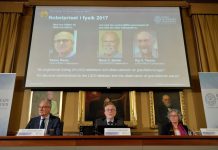