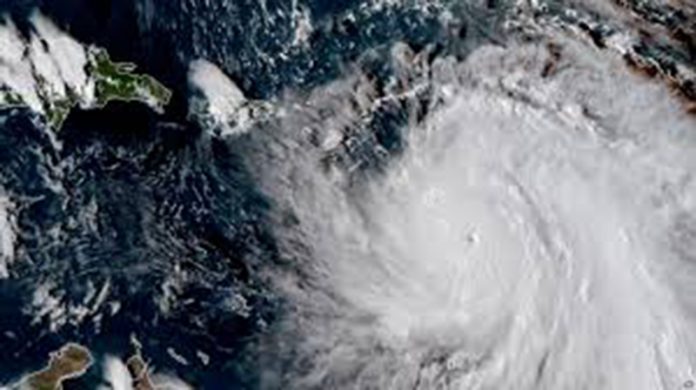 Maria made landfall on Dominica as a Category 5 storm at around 01:15 GMT with top winds swirling at 257km/h, according to the US National Hurricane Centre (NHC).

It was later downgraded to a Category 4 storm, but remained an “extremely dangerous hurricane”, the Miami-based centre said.

Skerrit, who had to be rescued after winds tore off the roof to his official residence, said he feared serious injuries and even deaths on the island, home to about 72,000 people.

The island’s airport and ports have been closed, and the local water company shut down its systems to protect its intake valves from debris churned up by the storm.

Maria is the fourth major Atlantic hurricane of the year and the NHC say it is following a similar path as that of Irma, a mega storm that broke weather records and killed dozens of people in the Caribbean and the United States state of Florida.

Hurricane warnings have also been triggered for St Kitts, Nevis, the British island of Montserrat, Culebra, Vieques and France’s Martinique.

While the intensity of the hurricane may fluctuate over the next day or two, Maria is expected to remain a Category 4 or 5 storm on the Saffir-Simpson scale, it said.

The storm was on track to move over the northeastern Caribbean Sea and, by Tuesday night or early on Wednesday, approach the Virgin Islands and Puerto Rico, where millions are still reeling from Hurricane Irma.

Another hurricane, Jose, is also active in the Atlantic and has triggered tropical storm warnings for the northeastern United States.

Many scientists are convinced that megastorms such as Irma, and Harvey before it, are intensified by the greater energy they can draw from oceans that are warming as a result of climate change.

AstraZeneca bets up to $6 billion on new Daiichi cancer drug