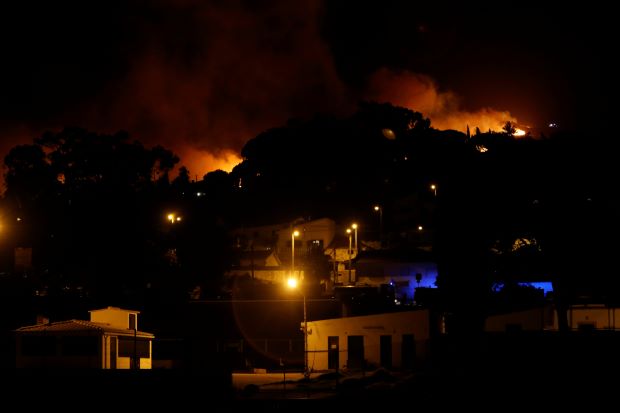 LISBON (Reuters) – More than 700 firefighters backed by six aircraft battled a large wildfire in the hills around the resort areas of Cascais and Sintra near Portugal’s capital Lisbon on Sunday after the blaze forced the evacuation of several hundred people overnight.

Officials said 18 people, mostly firefighters, had been lightly injured in the blaze that broke out late on Saturday, fanned by strong winds amid unusually hot weather for October.

“There are still two active fronts that worry us,” a civil protection spokesman told a briefing, explaining that the arrival of water-bombing aircraft and more favourable weather had helped to control the flames after a difficult night.

As a precaution, the authorities removed 300 people from a local campsite during the night as well as nearly 50 residents of nearby villages.

In an effort to ensure the tragedy is not repeated, the government has hired hundreds of firefighters, stepping up controls to ensure landowners clear undergrowth that stokes fires and preemptively removing residents from risky areas.

Trump’s sister says, in secret recordings, he has ‘no principles’ and... 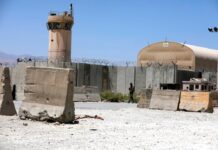 All US, Nato troops leave Bagram Air Base in Afghanistan

At least 14 peacekeepers killed, more than 53 wounded in eastern...