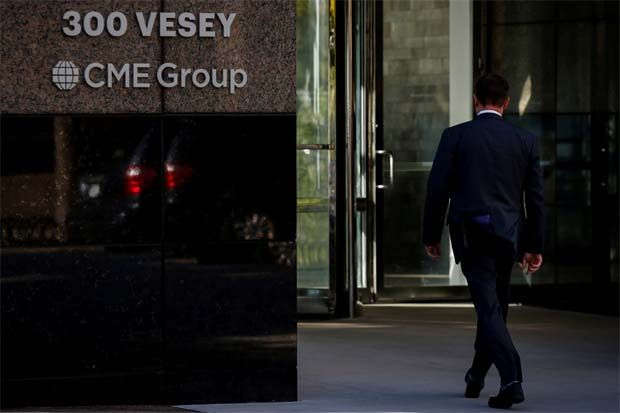 CME Group Inc, the world’s largest derivatives exchange operator, began trading bitcoin futures on Sunday, with the contract opening at what is currently its session high and dropping over 6 percent within the first half hour.

The new contract was recently at $19,290 on CME, below the $19,500 reference price set by the exchange for the January contract.

The week-old bitcoin futures contract at the Cboe was last trading at $19,280, up 6.5 percent on the day.

Bitcoin recently traded down 1.7 percent on the Bitstamp exchange at $18,640.

The launch of bitcoin futures is viewed as a major step in the digital currency’s path toward legitimacy that should ease the entry of big institutional investors.

“We saw a nice open on light volume, but pretty uneventful so far. I do think we could certainly pick up in volume as Asia begins to open. This is a brand-new asset class and I think perhaps a lot of investors want to sit back and see how this plays out before dipping their toes in this market,” Spencer Bogart,

Volume on CME was recently at 287 contracts. On its debut last Sunday, the Cboe traded nearly 4,000 contracts during the full session.

Bitcoin was set up in 2008 by an individual or group calling itself Satoshi Nakamoto and was the first digital currency to successfully use cryptography to keep transactions secure and hidden, making traditional financial regulation difficult if not impossible.

Some investors believe the CME bitcoin futures could attract more institutional demand because the final settlement price is culled from multiple exchanges.

The Cboe futures contract is based on a closing auction price of bitcoin from the Gemini exchange, which is owned and operated by virtual currency entrepreneurs Cameron and Tyler Winklevoss.

The general sentiment in the market remains one of caution and that has been reflected in margin requirements for the contracts.

In the futures market, margin refers to the initial deposit made into an account in order to enter into a contract.

The margin requirement at CME is 35 percent, while at Cboe, it is 40 percent, reflecting bitcoin’s volatility. The margin for an S&P 500 futures contract, by contrast, is just 5 percent, analysts said.

One futures trader said the average margin for brokers or intermediaries on bitcoin contracts was roughly twice the exchange margins. – Reuters

NASA’s New Horizons discovers Ultima Thule is not one object, but...