GENEVA (Reuters) – As leaders of the world’s top economic powers seek to defuse tension over U.S. President Donald Trump’s protectionist trade policies, they will search for common ground on reforms to end a crisis at the institution that was created to prevent economic disputes escalating into war.

The World Trade Organization is on the verge of becoming dysfunctional, just when it is most needed to fulfil its role as umpire in trade disputes and as the watchdog of global commerce.

“If we continue along the current course, the economic risks will increase, with potential effects for growth, jobs and consumer prices around the world,” WTO Director General Roberto Azevedo said last week.

“The WTO is doing all it can to support efforts to de-escalate the situation, but finding solutions will require political will and it will require leadership from the G20.”

The WTO has fallen victim to Trump’s trade war on economic rival China and the United States has put pressure on the WTO itself to reform.

Trump is unhappy with the WTO’s failure to hold Beijing to account for failing to open its economy as envisioned when China joined the WTO in 2001.

To force reform at the WTO, Trump’s team has blocked new appointments to the world’s top trade court, the WTO’s Appellate Body which is now rapidly running out of judges, meaning it will be unable to issue binding rulings in trade disputes.

Trump imposed tariffs on steel and aluminium imports into the United States earlier this year. Those, and his tariffs on Chinese imports, have drawn retaliatory tariffs, and represent the kind of dispute the WTO was created to help resolve.

Numerous countries have filed litigation at the WTO to contest the tariffs. But if the WTO is unable to rule on them, Trump’s aggressive policies cannot be deemed to be illegal and could continue with impunity.

The U.S. government has slapped tariffs on $250 billion of Chinese goods to force concessions that would change the terms of trade between the world’s two largest economies.

Chinese and U.S. officials negotiating easing the trade tensions were making progress on Friday at a Group of 20 summit in Argentina, a Chinese official said.

COURT WITH NO JUDGES

The U.S. metals tariffs have caused a storm because they are based on what Washington says are national security concerns, which makes them exempt from WTO rules. But other countries dispute the link to national security, and are challenging it at the WTO.

They fear Trump could use the same reasoning to put import tariffs on cars and other goods.

Time is running out because the Appellate Body now has the minimum three members it needs to function and from December 2019 it will be down to one, so only appeals that get underway by that date have a prospect of being resolved.

There is a big backlog of cases going through the WTO dispute settlement process, so the metals tariffs are unlikely to be ruled on and appealed within that time frame.

“The new cases of the U.S. duties on steel and aluminium will not be decided… they will not finish before (the end of) 2019,” former Appellate Body member Giorgio Sacerdoti said.

Another major dispute at the WTO concerns the refusal by the European Union and the United States to recognise China as a “market economy” whose goods are fairly priced by the market.

They say the Chinese state’s involvement in the economy has created a steel and aluminium supply glut.

China is pursuing legal action against the EU. U.S. Trade Representative Robert Lighthizer has said a ruling in China’s favour “would be cataclysmic for the WTO”.

That case is also bogged down. Even if the appeal lands in time, there is another potential hitch.

The Appellate Body’s Chinese member, Hong Zhao, may have to recuse herself because of a potential conflict of interest, which would make it impossible to decide on any appeal in the case, several trade experts told Reuters.

“It’s a very difficult situation for her,” one diplomat said.

Chinese, U.S., EU and WTO officials declined to comment on whether or not Zhao would need to be recused.

SpaceX launches 4 astronauts into orbit in first mission to ISS 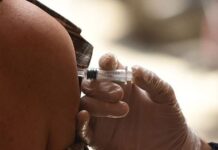 Health Ministry To Start Clinical Trial Of Vaccines Against SARS-CoV-2 And...