Chinese president Xi Jinping is the most powerful leader of China since Mao Zedong, US president Donald Trump said, underlining that the two leaders have developed a very good relationship.

Trump arrived in Vietnam from China, wherein he said he had a “very successful” meeting with Xi, CNN reported.

The US president praised Xi Jinping for his statement at the Asia-Pacific Economic Cooperation Summit on denuclearisation of the Korean Peninsula.

“He (Xi) made a statement that he is committed to stopping the nuclearisation of North Korea. That is a big statement,” Trump said and noted that he gets along with Xi Jinping very well.

“He is the most powerful Chinese leader since Mao Zedong. Some people say more powerful than Mao,” Trump said on Air Force One as he flew from Da Nang to Hanoi for a summit meeting with Vietnamese leaders.

Mao was a Chinese communist revolutionary, poet, political theorist and founding father of China, which he ruled as the Chairman of the Communist Party of China  (CPC) from its establishment in 1949 until his death in 1976. His theories and military strategies and political policies are known as Maoism.

Trump said he and Xi have “amazing feeling” towards each other.

“I do have a very good relationship with Xi. He is a strong person, he’s a very smart person. I like him a lot. He likes me,” he said.

“But we represent two very different countries but we get along very well. That’s a good thing that we get along. That’s not a bad thing. And on trade, you know, most of the news covered it fairly. Some didn’t. When I said it’s not your fault, because I was saying how China has been hurting us on trade for many decades, for many years, and it is not his fault,” he said. 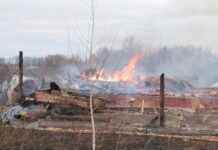 Malaysia’s Mahathir out as former interior minister is named PM 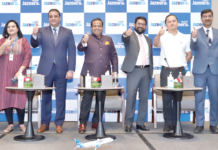 Jazeera to conduct three flights a week to Kuwait from Gautam... 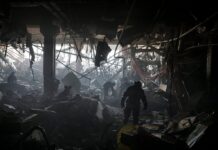